Dr. Drory Tendler is the Director of Cardiac Electrophysiology services at Mercy Gilbert Medical Center. He has served thousands of patients in the East Valley for over a decade and has earned a reputation for excellence. Dr. Tendler completed his training in cardiac electrophysiology and general cardiology at Stanford University Medical Center in Palo Alto, CA. He is board-certified in both cardiac electrophysiology and general cardiology. His skills include treatment of arrhythmias which can lead to lightheadedness, strokes, and death. Dr. Tendler surgically implants pacemakers and defibrillators and performs ablations of various electrical abnormalities of the heart.

Dr. Tendler is the Director of Southwest EP Clinic, with offices located in Chandler, Gilbert, Casa Grande, Payson, Globe, and Show Low, AZ. Prior to his arrival in Phoenix, he completed his internal medicine residency training at Johns Hopkins/Sinai Hospitals in Baltimore, MD and an undergraduate degree in molecular biochemistry at Harvard University in Cambridge, MA. 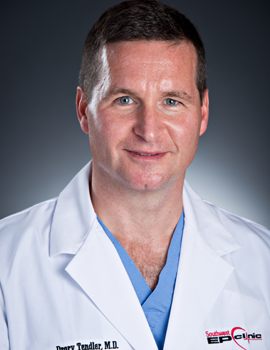